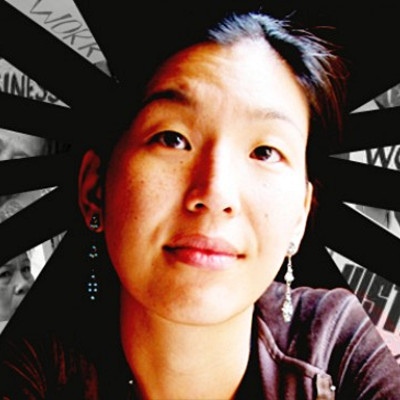 Bring care, dignity, and respect to every home.

This past April, she appeared on a list with the heading “The 2012 TIME 100” (referring to TIME Magazine’s selection of the 100 Most Influential People in the World — see the awesome video at the bottom of this post). To be clear, we’re not talking about the “most influential nonprofit leaders,” or “the most influential activists.” No. We’re talking about “most influential people … in the world.” This is the kind of media attention that gets you invited to dinner parties, or to present at the Clinton Global Initiative, among many other venues this year.

Run a Google search on Ai-jen Poo, activist and director of the National Domestic Workers Alliance (NDWA), and it’s evident that she (along with her organization) is experiencing a banner year. Ai-jen fights on behalf of worker rights for the millions of domestic workers in the United States, most of who are women. Her organization is powered by 35 local, membership-based affiliate organizations of over 10,000 nannies, housekeepers and caregivers for the elderly located in 19 cities and 11 states around the country.

I certainly don’t mean to imply for even a second that Ai-jen needed the recognition from TIME to gain credibility or to raise awareness for her cause. That has come as the result of sweat equity, achieved over a lifetime dedicated to social justice and empowering the underserved.

Just this month, Ai-jen’s organization suffered a setback when California Governor, Jerry Brown, vetoed AB889 – “the Domestic Worker Bill of Rights.” I really appreciated what Ai-jen had to say about this in a recent statement.

We will win in California, and we will win around the country … We believe that great movements create the context for great acts of leadership. We believe that our movement in California created an opportunity for Governor Jerry Brown. We created the opportunity for Governor Brown to help lead the nation towards progress and equality for our growing, vital workforce of women. The one thing we could not control was his choice. He made an unfortunate choice … And we have made ours. We choose respect, we choose dignity and we choose to keep building our power to transform California and the nation, to care for all of us.

With everything you have on your plate right now Ai-jen, thanks for taking a few moments to consider our Talking GOOD questions. It’s so inspiring for our readers to see what makes someone like you tick…

To bring care, dignity, and respect to every home.

Create a totally different context for social justice, for the next generation of leaders to build and expand on.

Dalai Lama.  How do we transform inequality in the world?

Love is the most powerful force for change in the world.

I sleep a lot.

What is your favorite TV show of all time? The Wire. Favorite show right now? Newsroom.