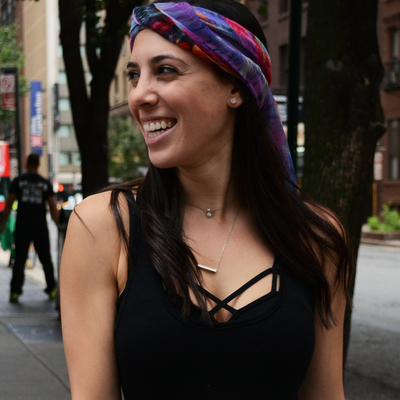 Empower others with the confidence to chase after their wildest dreams.

“Perfection is a disease of a nation,” sings Beyoncé in her song Pretty Hurts.

At the age of 19, Alexa Rose Carlin set out to fight this disease by encouraging people to redefine their ideas about “perfection.” As Alexa explains, “the challenge in life is not to become perfect, it’s accepting that you already are.”  Alexa recalls that one night in the summer of 2011 she was at a club in NYC. While in the bathroom, she found a group of girls lined up in front of the mirror, criticizing themselves, each trying to outdo the other:

“I should have worn that other dress.”

“I hate this lipstick on me.”

For years, Alexa had been frustrated with how self-deprecating she and other girls could be, but after that incident in the club, she decided she had had enough. Several months later, Alexa launched Hello Perfect, a movement that empowers people to live the life of their dreams by inviting them to redefine perfection through stories, social media, and in-person events. Alexa actively promoted the Hello Perfect message and quickly grew a community of like-minded people. In less than one year's time, her own ideas about perfection -- and her very life -- would be put to the test in a way that she could never have imagined.

On January 26, 2013, Alexa fell into a sepsis-induced coma. Doctors gave her a one percent chance of surviving just 24 hours. She remained in a coma for six days before awaking, severely weakened but very much alive. In the ensuing months, Alexa saw a variety of healthcare providers to determine her best course of recovery. This was a confusing process because every doctor had different ideas (and prescriptions) about how she should live her life. Ultimately, like all of us, Alexa had to implement the advice that made the most sense to her, while saying no to the rest.

During this turbulent time, Alexa learned that a critical element of perfection is embracing one’s limitations. Alexa has come to understand that perfection is not about having and doing everything; it’s about accepting and embracing yourself as you are, in order to move forward and turn your dreams into reality. She has taken her own advice to heart. Today, in addition to managing and continuing to promote Hello Perfect, Alexa is enrolled in the Institute for Integrative Nutrition to become a certified Holistic Health Coach. She wants to take what she has learned from her own personal journey of growth and healing, and share it with others. Alexa invites all of us to take that journey with her by redefining perfect and becoming part of the Hello Perfect movement today!

My purpose is to make a difference in others' lives by empowering them with the confidence to chase after their wildest dreams.

My work has helped me believe in myself. By following my passion, I stopped caring so much about what I looked like. I spent less time in front of a mirror and more time experiencing life!

Giving gives me a great sense of purpose in the world. It inspires me to do more, be better and live life to the fullest.

The Dalai Lama: What is your definition of perfect?

A team of support. The more people involved, the more impact I can create. We are always looking to expand our team to help spread the movement and inspire others to love themselves.

What empowers you to believe in yourself?

"Mind Over Matter: Based on a True Story"

I have been suffering with post-traumatic stress disorder for the past year after I almost lost my life to sepsis in January 2013.

QUESTION: What empowers you to believe in yourself? ANSWER: The universe empowers me to believe in myself because I always see these little signs, which I call omens, which help me to intuitively believe that I am here for a bigger purpose, whether that purpose is to inspire 1 or 1,000, these omens empower me to believe I can do it!