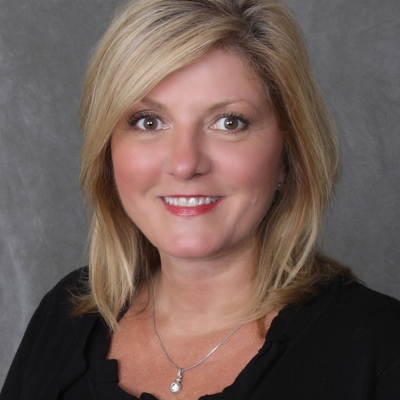 Share love and kindness with as many people as I can, while passing my time here on Earth.

Ever had an “a-ha” moment? They seem to spontaneously arise out of nothingness. A fleeting image or a random thought ignites a chain reaction as previously unintroduced synapses exchange business cards in our brains. A second or two later, we are forever a new person.

Audrey Forshey had her a-ha moment at the outset of the great housing crisis of ‘08. A residential real estate agent from Gaithersburg, MD, she often worried about how to protect the material “things” in her life. And with the housing market starting to turn drastically south, she wondered what she would do if the world she knew crumbled. Then came that moment. “I thought ‘Get over yourself … really, get over yourself. You are blessed to have everything on the Earth, while there are people who struggle for food and water. They sleep on dirt and don't have access to an education. Snap out of it!’”

Audrey had always been a “giver,” but she now felt compelled to do something more personally meaningful. She needed to roll her sleeves up and become fully invested in a cause. She wanted to find a purpose.

One of Audrey's friends, Racquel "Rocky" Turner, had started a small nonprofit called Mothers Fighting for Others (MFFO), providing orphans and vulnerable children with loving and nurturing environments and quality education. This was what Audrey was looking for. She began by making donations, and then upped her involvement by organizing a fundraiser. Education was paramount for the kids that MFFO was helping, so Audrey decided to champion that slice of the pie. She soon launched the annual MFFO Gift of Education Fundraiser. The first event was conducted in her home; it raised $10,000.

Today, the Gift of Education exclusively supports the St. Monica's Children's Home, just outside of Nairobi, Kenya. Just five years after her first event, Audrey’s 2013 fundraiser (which is now so large it’s held at a Hilton Hotel), raised close to $50,000 in a single night, covering most of the education costs for the 44 girls at the home. In 2011, Audrey met the girls in Kenya to whom she had so completely dedicated herself. The following video captures that meeting (Audrey speaks directly to the girls at 3:00 minutes).

Audrey teaches us that you don't have to begin with exact knowledge of WHAT the difference is that you intend to make. It's enough simply to know that you want to make a difference, and then to begin trying things out. On that note, I'll share Audrey's favorite saying, which comes from Winnie-the-Pooh (A.A. Milne): "Some people care too much. I think it's called love.” Thanks for sharing your story with us Audrey, and for caring so much.

To share love and kindness with as many people as I can, while passing my time here on earth.

The success of the kids at Saint Monica’s Home has, unapologetically, become my passion and my goal. Never before in life have I been so driven to make something successful. The fundraiser started in the living room of my house and now, five years later, it is hosted by our MFFO team at the Hilton Hotel.

It’s twofold. The joy I experience when I go to Nairobi, Kenya to see the 44 children and how much they have grown and learned since I first met them; their determination and the sound of their laughter makes my heart sing. The kids have said to me, “we can never pay you back for helping us.”  I told them the way they “pay us back” is to do their best in school, dream, and be anything they want to be. Like a parent, I am proud to say that we have four girls currently in college – one headed to law school – and six girls will graduate from high school this year.  We at MFFO are very proud of their accomplishments.  It proves what we are doing is working.  We are making a difference. The second thing that I get from giving is community. I am filled with pride and honor when I see folks in our Maryland community volunteer at and support our annual fundraiser, united by the shared mission of helping the children in Kenya.

WHO IS A HERO, AND WHAT WOULD YOU ASK THEM IF GIVEN THE CHANCE?

Nelson Mandela. How could he be persecuted for so long and still have so much love and goodness.  Where does that come from?  Most people would be resentful and be filled with hate.  How did he make it through all of those years of prison, isolation and still come out and make a positive difference in his country?

$12.00. A simple program we have at Mothers Fighting for Others is called 12 for 12. It is a commitment to donate $12 for 12 months to help pay for the running of Saint Monica’s Home, and school fees for the children in Kenya. If we could inspire 1,000 people to commit to $12 a month we could change our 44 girls’ lives. It would enable us to help the 45th child and so on.

What are some of the most successful fundraising ideas or advice that you can share with me. I am driven to do the work to raise the funds to support the kids in Kenya, but I wonder if there is something someone could share with us to help us reach our goals?

Girls Rule. Our group began by supporting girls because girls don’t usually have a chance to obtain a higher education in third world countries.  By educating the girls we have a better chance to help the community by making them self sufficient and having them go back to their community to continue the education of orphan girls.

Sometimes I am really scared. I can be described as a “grab the bull by the horns” kind of person and fundraising is a 100% volunteer side job for me and my other volunteers. But we are  making it up as we go along.  What if no one comes? What if I say the wrong thing? We want to be successful so our kids are successful. There is a lot on the line.

You are stronger than you think. Have really big dreams and ideas, you have the power to make them happen. We have to believe in ourselves, just like I tell the kids, I am telling you and myself – we can all do what we set out to do. Whatever your passion, you have it in you to reach inside and make a difference.

WHAT IS YOUR FAVORITE SONG AND WHO IS THE ARTIST?

“Everybody Wants to Rule The World” by Tears for Fears. The opening line: “Welcome to your life, there’s no turning back …”