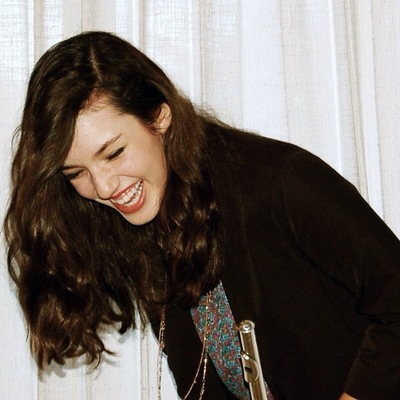 Positively impact the lives of people around me in as many ways as I can.

Entrepreneurism 101: Look for simple ways to solve real world problems. We don’t typically cite this axiom in the nonprofit world. Perhaps it's because of the inherent complexities of mission-based work – gauging needs, measuring outcomes, and so forth. Still, “million dollar ideas” do exist.

In 2011, at the age of 11, Corinne Hindes and her childhood friend Katrine Kirsebom came up with an idea for aiding homeless people who suffered from a lack of warm clothing. Corinne and Katrine were ski racers. One day at practice, Corinne went to the lost and found to look for a hat that she had misplaced, and saw a huge pile of lost coats, hats, and gloves.  She asked the resort if she could donate the pile of unclaimed clothing to her local homeless shelter. The resort said yes and the nonprofit Warm Winters was born.

Entrepreneurism 201: Genius is one percent inspiration, ninety-nine percent perspiration. Let’s be honest, Corinne could have dropped off that first heap of clothing and left it at that. Most people would never have even thought to do that much. Nevertheless, something compelled Corinne to sustain the giving; to continue working with ski resorts and homeless shelters. What was it?

As a young child, Corinne started giving to her community after one of her closest friends died at age 6 from leukemia. Heartbroken by the loss, she started a program called Harmonicas for Happiness, raising money to buy harmonicas and bring them to kids in the hospital fighting cancer. Corinne knew at an early age that making other people smile felt good. Yet even as Corinne aspired to help others, she herself was the victim of bullying, something that continued throughout her middle school years. As a way to cope with the anxiety and even depression that came from the bullying, Corinne channeled her energies towards helping others. When she could help someone else smile, it helped her smile.

Entrepreneurism 301: Choose a job that you like, and you will never have to work a day in your life. Just three years in, Warm Winters has donated more than 5,000 items of warm clothing to 2,500 homeless people. The organization works with six ski resorts in California and Nevada, and they have engaged a volunteer base of 50+ youth, by working with Girl Scout and Brownie troops, as well as high school ski teams throughout the region.

Things are looking exciting for Corinne. In 2013, she and Katrine received the prestigious Jefferson Award for their work with the homeless and today Corinne is receiving leadership training from The Jefferson Awards GlobeChangers Leadership Program. Next, she plans to finish her high school education by doing independent study, to allow more time for growing Warm Winters and to pursue her love of music (she’s a gifted musician and can play flute, saxophone, clarinet, piano, and she sings!).

Recently, Warm Winters was endorsed by the National Ski Area Association, and the organization is poised to go national. Their 5-year goal is to be in 10 states, working with 50-60 ski resorts, with 75-125 teen leaders, distributing warm clothing to 50,000 homeless people. Let’s see what Corinne has to say …

My purpose in life is to positively impact the lives of people around me in as many ways as I can.

DESCRIBE A MOMENT THAT HELPED YOU GAIN CLARITY ABOUT YOUR PURPOSE.

There was a time a few years back where I saw a homeless man in a T-shirt and jeans on a terribly cold day in winter and I was horrified by how cold he was, and the fact that he had no jacket to shield him from the cold broke my heart. That was a moment where I gained clarity about my purpose because I knew that I had to help him and others like him in any way that I could, and I had to do all that I could to make their situation better. When I gave my first coat to a homeless person, the smile on his face gave me the most rewarding feeling I had ever felt, and it still does today.

Giving back to the community and the people around me gives me the satisfaction and joy of knowing that I helped to make someone else’s day a little bit brighter. Making someone else happy never fails to make me happy, and that’s why I put so much effort everyday into trying to put a smile on as many faces as I possibly can.

I believe that nothing is impossible or beyond reach and anything and everything is accomplishable. There are so many different paths in life and so many different steps you can take to reach your goals and dreams that even if you fail on one path, you can always find a crossroad and take another that will lead you in the same direction…or a better one! I also believe that you can never be too young or too old to conquer your dreams and make a difference.

Most of the people who I consider to be my heroes are close to home and very involved in my life. A hero I have yet to meet is Demi Lovato. She has been through so much with bullying, family issues, and struggling with self-harm and eating disorders, and If I could ask her only one question, it would be: “How did you manage to push through and keep going, despite all the awful things you had weighing you down?”

Despite the fact that I tend to come off as very confident and outgoing, I am actually quite insecure and not at all confident in the things that I do or say, but I am learning to overcome that because I believe that confidence on the outside and the inside is the true key to success.

WHAT ADVICE DO YOU HAVE FOR OTHERS WHO ASPIRE TO LEAD A LIFE IN PURPOSE?

Don’t ever give up. Nothing is out of reach, and no dream is unrealistic or unimportant. You can accomplish anything if you put in the effort and keep yourself motivated, and it is never too late or too soon (you can never be too young or too old) to conquer your obstacles and get to where you want to be. If something seems too hard or seems impossible to accomplish, GO FOR IT! Tackle any obstacles that come across your path because I can promise you that you will be able to overcome them, no matter how big or small they may be.

WHAT WOULD THE TITLE OF YOUR BOOK BE AND WHY?

Crossroads Intertwined. I believe that there are an infinite number of paths in life, and if one path should take a wrong turn, you can always find a crossroad that puts you back where you want to go. It’s easy to get lost in life, or to forget where you are going and what you want, but it is equally as simple to get back on the right track.

“Never give up, and always work harder than anyone expects you to. Fight on.” This quote was originally said by a good friend, an incredible mentor, and a true inspiration and hero of mine, Ellen Wleklinski. Despite the fact that this quote is short and simple, it holds a lot of meaning for me and never fails to keep me motivated in achieving my dreams.

QUESTION: What never fails to make you smile? ANSWER: I smile a lot, it’s just kind of what I do, so it isn’t hard to put a grin on my lips. But something that can always make me smile, no matter what the context or situation, is making other people happy. I get no greater joy than making other people feel good about themselves and their lives. Putting a smile on another person’s face, or making another person laugh gives me the most incredibly rewarding feeling of happiness and satisfaction, and it helps me to feel better about myself too.