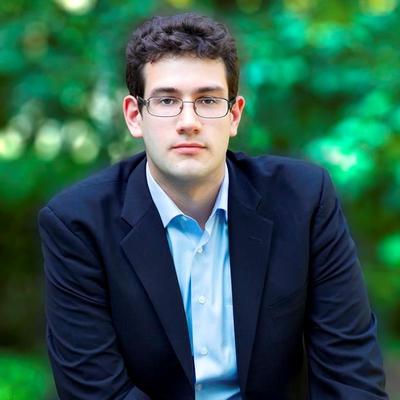 How shall I describe David Burstein? Let’s do some test messaging … 1) David Burstein is an energetic tsunami of thought leadership. Too overbearing and a bit redundant. 2) David Burstein is a dynamic change-maker, leveraging today’s digital and idea economies to pave the way for a better tomorrow. Too jargony and rather evergreen. 3) David Burstein is an impassioned evangelist for Millennials, who uses all forms of media to advance the ideas of his transformative generation. Grandiose, yes … but I think it’s accurate.

In truth, David himself is a grandiose guy. At just 24 years of age, he has a book, a TEDx talk, crazy amounts of press, and a bio that would make even the most seasoned of geopolitical pundits green with envy. But it’s not just David’s ability to promote (both himself and the Gospel of the Millennials) that has helped catapult him onto the global stage. David has the unique ability to mobilize and to inspire; to bring people together around a common cause and to create movements. That sort of thing is rare – no matter what generation you claim as your own.

David is the founder of Generation18, a nonpartisan young voter engagement organization. The organization grew out of the documentary film, 18 in ’08, which David directed and produced about young voters in the 2008 election. From 2007-2008, Generation18 registered over 25,000 new voters, held over 1,000 events in 35 states, and produced a get-out-the-vote PSA series with stars including Olivia Wilde and Maggie Gyllenhaal. For his work, David received a 2009 DoSomething Award and his story was featured on several million bags of Doritos. His 2012 follow up film, Up to Us, produced with OurTime.org and Comcast, focused on the optimism and resilience of the Millennial Generation in the face of the economic crisis and their continued desire to vote and participate in public service. Up to Us was screened across the country in the lead up to the 2012 election.

In speaking about his generation of peers (the largest generation ever to live on planet Earth), David says: “we’re writing a new operating system that’s governing the world we’re all living in.” I believe he’s got that right. And, I like knowing that there are people out there like David who are both leading the way and chronicling it as they go. Thanks for speaking with us David!

I know how to do things I never would’ve learned how to do if I had set out to learn them. In other words, when you work in the kind of stuff that I do, it’s just creating your own work. It necessitates having to understand how to learn new skills on a regular basis. I’m much more open to new things and new ideas than when I started ten years ago. I learn things faster. It’s also made me more fearless in the things I can and can’t do. I rarely look at something and say “I could never do that.”

The ability to have impact and the ability to see impact in real time. For me, that’s the thing that’s really exciting – to be able to do something and see that come right back.

WHO IS A LIVING HERO, AND WHAT WOULD YOU ASK THEM IF GIVEN THE CHANCE?

There’s a guy named Jeff Skoll who runs a company called Participant Media who’s a real hero of mine because he’s thought about how film, media, and culture can help us solve social problems. It’s a great example of the idea that to get people excited about social issues and change we don’t have to do things that are boring or explicitly related to policy. He’s really challenged that. Olympia Snowe is also someone who’s been a hero of mine. She’s fought to make government work better, to make our political system more effective, and has such determination to bring more reasonable problem solving into government.

There’s never going to be a better time (and I see it in my work all the time) to do so much with powerful ideas and intellect. Intelligence and the resolve to say “this is something I’m really passionate about,” those can power everything. Passion is the raw fuel for any kind of movement to generate impact. If you don’t have passion, no amount of money can help you solve the problem, and if you do have it, you still need some resources but it makes it a lot easier to obtain them and get through it. People can tell when they sit down with you if you really care about something or not and if you’re more passionate about it, people feel you.

I wrote one! Fast Future: How the Millennial Generation is Shaping Your World.

WHAT ADVICE DO YOU HAVE FOR OTHERS WHO ASPIRE TO BE CITIZEN-PHILANTHROPISTS?

Make sure that you know what you’re doing and why you’re doing it. One of the most common challenges I see is that people don’t have a long term picture of where their work is going. If you’re thinking small, it’s actually more challenging than if you’re thinking about changing the entire system. It’s important to have in mind a big problem you want to solve first and then to go from there.

Everyone also needs to know what it is that they are good at – what skills they have. Individuals will find that their ability to create impact is found at the intersection of their skills and passion. You may have a great idea to do something but if it doesn’t line up with any raw skills you have, it’s probably going to be pretty challenging to do it. Or you need to figure out a way to make your raw skills fit into what your passion is about.

You also have to be regularly reflective about why you’re doing something. The more reflective you are about what you’re doing and why you do it, the more success you’ll have. Understanding why you’re behaving a certain way and making time for reflection on everything is really, really important and makes you stronger.

WHAT IS YOUR FAVORITE INSPIRATION SAYING?

“I just happen to think that in life we need to be a little like the farmer, who puts back into the soil what he takes out.” -- Paul Newman

WHAT IS YOUR FAVORITE SONG?

My favorite song is Dignity by Bob Dylan.  In addition to being a major lifelong Bob Dylan fan, it’s just a great song about perspective and what it means to have dignity and integrity and where the value of dignity sits in our world.