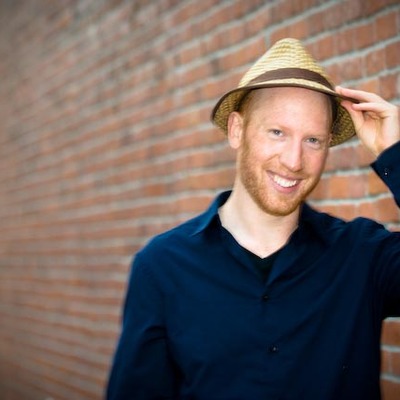 Help others do good, and to ensure they have fun while they do it

When I was introduced virtually to Elijah van der Giessen (he goes by Eli), the name immediately evoked images of 20th century architecture.  No doubt I was thinking of either Mies van der Rohe or the much less talented alter-ego of George Costanza, architect Art Vandelay. In any event, Eli is much hipper than George Costanza and much more alive than Mr. van der Rohe. He’s also not an architect.

Eli is kind of a utility player in the nonprofit world. He’s done a lot in just 12 years. But the common theme has been the use of technology to drive real-world volunteerism.

Eli spent five years working for the David Suzuki Foundation managing their web team and advocating for their online community, and has just recently started in the role of “Community Curator” at NetSquared, where he helps to organize and cultivate local community networks (both online and offline) in more than 50 cities around the world. Thanks for telling us about yourself Eli!

To help others do good, and to ensure they have fun while they do it.

Well, what I really want to do is become a champion surfer. Move aside Kelly Slater!  But since that’s unlikely I’m now aiming to help people connect within their community. I may work online, but it’s all about the face-to-face since that’s where real meaningful relationships are formed. (Online, however, is a fabulous relationship sustainer.)

I would love to meet documentarian Errol Morris. Actually, I’m a bit terrified of that idea, because he’s so damn perceptive that he’d see right through all my emotional defenses. To feel that naked can be scary. I’d ask him to share his interviewing techniques, because he’s uniquely able to get people to expose their own self-deceptions and underlying motivations.

It’s Hard Work Being Bitter: The Lazy Man’s Guide To The Good Life.

Sadly the young me would be played by comedian Carrot Top. The likeness is disturbing and we’re both annoyingly high-energy. As for the older me, I’d request Ben Kingsley. Sure, he doesn’t look anything like me, but if he can pull off Gandhi than surely he can capture my mixture of ridiculous and gravitas.

You can’t always get what you want. But if you try sometimes well you just might find … You get what you need. (-The Rolling Stones)

My heroes have always been outspoken educators and truth-tellers. Growing up I idolized environmental broadcaster and activist David Suzuki, who has been voted Canada’s “greatest living Canadian”. David has been doing the Al Gore-thing for the last 30 years, and as a PhD-carrying scientist he’s got the credentials to back his words up. Through a bizarre turn of fate involving the television show Canadian Idol I eventually worked for David Suzuki’s foundation and worked closely with my childhood hero.

Normal work has never an option for me. When your parents meet on a hippy commune you’re destined to be atypical. If I wasn’t working in support of online campaigns and communities allied to progressive causes, I’d be knee-deep in mud, setting up tents and stages. Before I discovered the internet I worked on the production team for outdoor festivals, and if the internet disappeared tomorrow I’d be back in the field working with a team of volunteers to make a temporary city. I sometimes miss working with my hands to create tangible things.

I work in social media but I totally don’t get Twitter. Something about having conversations broadcasted in the public sphere strikes me as odd.

I wish you’d asked, “What is the secret to life, the universe, and everything?” Because I know the answer to that one, thanks to Douglas Adams.