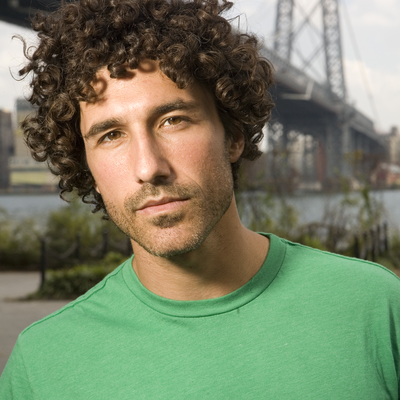 Make happiness real for others.

I gripped my cell phone with a slightly sweaty palm as I waited for Ethan Zohn to pick up on the other end. Would the conversation be awkward, or would it flow as I had imagined? Mind you, this wasn’t some sort of goofy man-crush, and I wasn’t anxious because he was the winner of Survivor: Africa (season 3). You see, Ethan is my brother in arms, a fellow Bostonian and cancer survivor. He helped me get through a very dark period of my life, and we were about to speak for the first time.

I first learned of Ethan Zohn via Twitter in 2011, when I was going through a recurrence of Hodgkin’s Lymphoma after 15 years of remission. Ethan was also going through a recurrence, after only 20 months of remission. To me, Ethan was a rare peer, a fellow survivor and now again, a cancer fighter. But unlike me, he was a public figure who used his platform to raise awareness and funding for research and became a national ambassador for both Stand Up 2 Cancer and LIVESTRONG.  I admired his compassionate support of other cancer survivors, his ability to discuss his cancer journey publicly, and his passion to raise money for the cause of cancer research. I strived to follow his examples.

When Ethan picked up the phone it was he who immediately started in with the questions. “How are you doing? Is your cancer gone? How long has it been? What was your treatment?” This is a common course of questioning when you cross paths with a fellow survivor. But I had expected that I would be the one asking the questions on this day. It was exactly what I needed to break the ice and it put us on a level playing field.

Eventually, I did get to ask some questions. I asked Ethan where he focuses his passion these days. He told me that he is dedicated to the survivorship and cancer research cause, yet it is work being done at Grassroot Soccer (GRS) that continues to have the most resonance with him. When he was living and playing professional soccer in Zimbabwe, he witnessed first-hand how one disease, HIV and AIDS, was destroying the community he was living in. With the prize money he received from Survivor, he co-founded GRS with three of his soccer buddies. Grassroot Soccer uses the power of soccer to educate, inspire, and mobilize communities to stop the spread of HIV and has graduated over 650,000 kids from the programs that operate in 23 different countries.

Thank you Ethan, for answering my email, for inspiring cancer survivors, for working to make others happy. You are a survivor in the truest sense of the word and your compassion to give back and truly impact the lives of others is in itself inspiring.

To make happiness real for others. My dad, Aaron, taught me this when I was 14 years old. To follow your heart, fight for a cause, see the hope that is born in someone else’s eyes because of something you were able to do for them is truly the greatest gift.

I’m in a unique situation because I’ve been on the giving and receiving end of a life threatening diagnosis. I’ve also been on the giving and receiving end of philanthropy and charity. I’ve seen it from both sides with Grassroot Soccer/HIV and with cancer. I have come to realize this one absolute truth—that with all our differences as humans, we do have one thing in common—we’re all survivors on this earth for a very short period of time. It’s not about when or how you leave this world; it’s WHAT YOU DO to make the most of each day and of each crisis while we’re here. We are here to not only survive, but to improve our lives and the lives of others around us.

Inspiration. Working in the non-profit space, I have the luxury to meet people from all over the world doing incredible things to affect change. From children who choreograph flash mobs for Cystic Fibrosis to the CEO of the Nike Foundation to inventors who turn plastic bottles into thread. The scope of creative solutions to fix world issues large and small, local and global is totally inspiring.

It’s not one living hero, but a community of living heroes. The doctors and scientists that work on daily basis to discover new therapies. They are saving the lives of real people like me…and millions more from around the world.

An intern. Ever since I watched Kramer from Seinfeld employ an intern for his company Kramerica, I’ve always imagined that hiring an intern means you have made it to the top in the business world! (Oh yeah, I’d also love a full time staff of 10 and a good chunk of cash a to execute all my crazy philanthropic ideas).

What makes your heart break? Now, go do something about it.

Survivor to Surviving. It’s somewhat ironic that I’m a cancer survivor who won a reality television show called Survivor, which is much better than being on that show The Walking Dead. Winning the million bucks on the show Survivor did change my life, but the real challenge came when all of a sudden I had to survive a different type of game…cancer. Twice!!!!

I have a man crush on Patrick Dempsey from the movie “Can’t Buy Me Love” and I’m obsessed with finding the perfect Buffalo Wing.

Try to make a difference for yourself by making a difference for others. Focus on the things that have meaning and nurture the relationships in your life that really matter because success is having the ability to influence others around you in a positive way.

At first I was so torn as to whether I should take my battle public. It is a very private, scary, lonely, angry, ugly time and I didn't know what would happen if I chose to open my life up to complete strangers once again. Shortly after I did go public, I received this letter and many others like it.

I read the article about you in People magazine. My son-in-law had a lot of the same symptoms. None of us thought it was a big deal, we thought he just sweat a lot at night, and his legs were really itchy. After reading about you, Ben went to the doctor, within the week he had a lymph node biopsy, and was diagnosed with Hodgkin’s Lymphoma.  If I hadn't read your article who knows what would have happened, but because of you this was addressed immediately.  I thank you with all my heart.