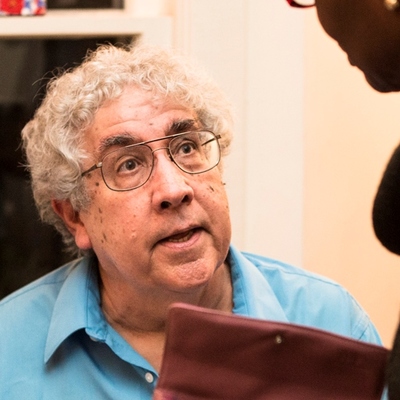 Help people overcome unjust barriers in their paths to the American dream.

Back in the summer of 1966, 19-year-old Howie Feinstein, found himself driving with some companions in Hancock County, MS. On break from the University of California, the aspiring journalist was slumming it in the Deep South, speaking with folks about racial tensions in the region and honing his craft. Unbeknownst to Howie, at that time Mississippi was rigorously tracking “outsiders” under the purview of the Mississippi State Sovereignty Commission, a state governmental agency created to preserve segregation.

Driving in plain sight with African American companions and a California license plate meant that Howie was an easy target. “Law enforcement officers tracked us, and pulled us over for no legal reason whatsoever, but rather for purposes of intimidation. We were put in jail.” Later that day they were released, but received a long lecture from a judge who told them to head eastward out of the state. “I told myself that if I got out of this jam, I would dedicate my life to fighting this type of thing.”

That experience in 1966 set Howie on a trajectory that would define his life and forever connect him to the Gulf Region – with all of its charm, culture, and intolerance. He writes about this turbulent period in our Nation’s history in his new book, Fire on the Bayou: True Tales From The Civil Rights Battlefront (Foxhead Books, 2013). Nominated for the 2014 Dayton Literary Peace Prize (awarded to books promoting peace and intercultural understanding), this book is Howie’s personal memoir, chronicling his experiences as a young attorney who “found himself thrust into a cauldron of hate and violence in the Deep South.”

Did I neglect to mention that Howie never went on to become a journalist? Undoubtedly affected by his unjust run-in with law enforcement, Howie became Howard L. Feinstein, Esq., lawyer, teacher, writer, speaker, and defender of liberty. As a prosecutor and civil litigator with the Civil Rights Division of the U.S. Department of Justice, he sought relief for victims of the Ku Klux Klan. He has pursued matters involving all forms of discrimination, and has taught courses on related subjects at George Washington University, University of Maryland, and Hood College.

A pretty accomplished guy, right? But wait … there’s more. We also see those same Cajun influences in this attorney’s alter ego, “Hurricane” Howie (seriously – check out his website, there are two sides). An accomplished keyboard soloist, Howie has performed at many of the Mid-Atlantic's most elegant venues, and has contributed tracks on recordings by artists, as well as film soundtracks and advertisements.

Both Howard and Howie draw inspiration from a song lyric by Tom Petty: You can stand me up at the gates of Hell, but I won't back down. Howie says “It’s a straightforward message, but it serves as guidance when things get rough.”

Thanks for fighting the good fight Howie and for making sure us younger generations don’t forget.

I try to do what I can to help people overcome unjust barriers in their paths to the American dream; this often means prejudice based on race, nationality, religion, gender, orientation, disability, and other conditions that not only inhibit those individuals, but make our society more divisive and less fulfilling for everyone.

I think that spending a good deal of my life trying to fight discrimination and injustice has given me a sense of inner peace. However, it also sometimes causes me to be impatient and not particularly understanding with people who are more concerned with their own daily lives and personal issues. In other words, I'm no saint.

It is genuinely satisfying to be thanked or appreciated for these efforts by people I've tried to assist. This is much, much more gratifying than public recognition, which tends to be fleeting. Again, it's not that I'm any saint or even particularly unselfish, but rather that in most cases, people have been rejected by many sources (individuals, government agencies ...) that should have come to their aid previously.

I tend not to idolize celebrities, as I really don't know their individual character, and sometimes one gets a misleading public picture of them. Among people I know: Marga Fripp, who came to America with nothing and founded and grew Empowered Women International, which innovatively serves the people I've always tried to stick up for. She deflects personal publicity and puts the spotlight on the everyday heroes (rather, heroines) she serves, with her heart and soul for minimal compensation. As for heroes past: Winston Churchill, an imperfect character who effectively saved Western Civilization, going against all odds, all advice, and every contemporary example.

What I do doesn't necessarily require vast sums of money, but it does require a lot of allies. I would like considerably greater skill in marshaling resources through the e-world and other means of communication.

Not exactly sure which community this refers to. But I will say that we need to put some serious thought into the future of philanthropy and public interest programs, because the days of large-scale government efforts on behalf of the disadvantaged appear over, and in a tight economy, people are not in a particularly giving mood. We need to try new models, some of which may fail, but new solutions are called for, if we are to avoid becoming a banana republic with a shrinking middle class and fraying safety net.

Well, it's already written (at least this one): Fire On The Bayou: True Tales From the Civil Rights Battlefront. For the next one, I'm considering writing about what I've learned from working in female-oriented programs and milieus, such as Empowered Women International; teaching Women's Studies and writing a textbook on women's legal issues; religious organizations; the literary world, and so forth.

Sometimes, I deeply regret not taking the road less traveled. In my case, that would have meant skipping higher education and going full speed ahead into rock & roll / rhythm & blues. I had friends who went that route, and I think I had the talent and savvy to succeed. But what the hell, I took years off to go the traditional route, and went back on stage after a 30-year break. All in all I've been very fortunate.

I'm not particularly qualified to advise others on how to manage their lives, I'm still learning, and make plenty of mistakes. But I think I've learned that before making a major commitment to put one's self out there as a warrior on behalf of those in need of assistance, you need to have your own life pretty well settled, and make yourself consistently available. The people we serve tend to be pretty desperate, and if they sense you are someone who has their back, they will seek you out repeatedly, because they've been burned before. The last thing you want is to become just another person in their lives who has not made good on promises.

QUESTION: What about your early youth may have influenced your life choices and significantly shaped you? ANSWER: I didn't used to think about this much, because I always assumed I'd had a pretty normal postwar American middle-class suburban upbringing, lacking in physical or emotional trauma. But forcing myself to think more deeply and honestly, I realized I suppressed a fair amount of stinging prejudice, in my case anti-Semitism. I won't go into detail here (I write about this in Chapter I of the memoir), but now I believe that was a very strong motivation for my identifying with victims of ignorance, bigotry, and bullying. When I encounter this type of behavior, I still feel my blood boil (for example: if I'm forced to watch Downton Abbey, all I can think of is, why don't those Irish and working-class servants rise up, go upstairs, and overthrow their utterly useless "masters?"