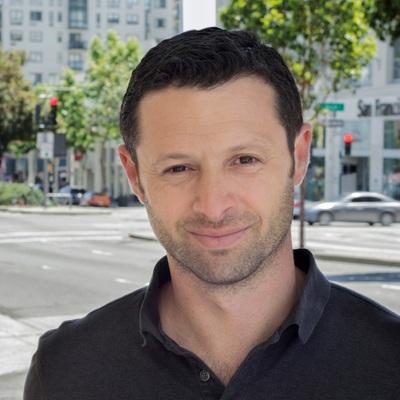 Leave the world better than I found it.

Jeff Kirschner believes litter should be approachable, noticeable, and a spark for thinking about how we look at packaging and trash.  He is an evangelist for the power of consumer engagement and education.  He is also a believer in our shared impact using social media – including its built-in metrics – to change public perception and stir public action.

All of these beliefs led him to create Litterati. (Click the sound file to hear how Jeff started Litterati.)

In Silicon Valley and the entire Bay Area, we are used to hearing about simple ideas that can change the world – mostly in the field of consumer and business technology. But what if a simple idea could help change an entire planet’s perspective on trash and packaging for consumer goods?  That’s the good that Jeff Kirschner sought to create.

Here is Jeff’s idea.  Use Instagram to photograph, geotag, label and then dispose of litter.

Jeff believes that we can make consumers more mindful and actually “See” packaging as the precursor to litter.  And that can drive companies to reevaluate the packaging they use.  I think he’s right.  Notably, among the top 10 items tagged are Marlboro, Starbucks and McDonalds.

Jeff’s theory is that it is valuable for these companies to know that their packaging is likely to end up as litter.  And if it does, what could/should they do about it?  And what would it mean to their consumers if they did?

That is the essential and simple idea Jeff put behind Litterati and as it turns out thousands are following his lead.

To leave the world better than I found it.

Litterati from Jeff Kirschner on Vimeo.

It has opened my eyes. Litterati has changed the way I see my surroundings, but more directly, it’s changed my purchasing habits. I stay away from single use packaging, buy milk in glass containers rather than plastic jugs, and purchase in bulk whenever possible.

A  sense of fulfillment at having made a difference in someone else’s life. (Click the sound file to hear Jeff talk about not putting his dreams on hold.)

Elon Musk. “How do you shoot for the moon while remaining grounded in reality?”

What would get you to pick up more litter?

One Piece at a Time

I’m currently writing a sitcom about a Jewish preschool.  That, and I’m ticklish under my armpits.

It’s okay to start small. Connect with like-minded people, build a community, and give it space to grow.

QUESTION: What’s one of the most valuable life experiences you’ve had? ANSWER: Backpacking around the world for a year. It opened my eyes to how other people live and taught me the importance of empathy.