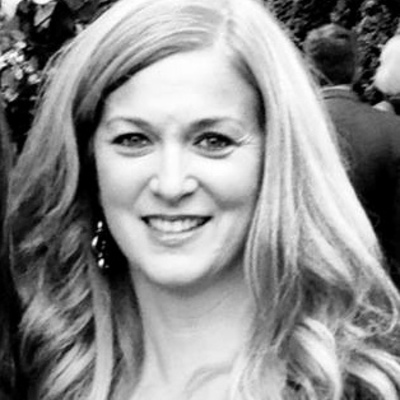 Treat people the way that I want to be treated and to live, love and learn each day.

Twenty-five years ago in San Diego, Karen Lange was asked by her neighbor, the husband of a woman who had unknowingly contracted HIV, for help.  Everyone else had turned their back on the couple and the husband was desperate. Despite only knowing them for a short time, Karen agreed.

The woman was in the last stages of a life, brutally shortened by AIDS. By her side, spending time with her and caring for her, was not her family, not her friends, but her next-door neighbor. In those moments, Karen’s personal purpose in life became clear as she realized the major difference that we as individuals can have on another person’s life.  After her friend passed, Karen became involved in a local grassroots organization called Mama’s Kitchen, delivering meals to critically ill, and eventually becoming a Board Member.  She says that she threw her energy in volunteering as a way to “help me feel better after her death and all the pain that I had seen.”

After a few moves around the country, Karen landed in Baltimore. At that time, some aspects of her life were “difficult,” and she was working hard to get “out of a rut.” Despite focusing on eating right, exercising, and trying to surround herself with positive people, she stayed in this rut, until she returned to volunteering.

“It was volunteering at Moveable Feast that finally helped my soul and heart to heal,” Karen recalled. She found in the Baltimore-based non-profit the same mission as Mama’s Kitchen in San Diego  - to provide nutritious food to homebound people living with HIV/AIDS and other life-threatening or chronic conditions. Getting reengaged with this passion helped her to “break the fog” in the rest of her life.  She had no idea how beneficial and therapeutic her volunteerism and selflessness would be in her own life.

That is Karen’s true gift - to be proof that giving of our own resources, especially our time, can have a massive life-changing impact on the lives of others, while also showing that volunteering helps you become a healthier, more positive person.

To treat people the way that I want to be treated and to live, love and learn each day.

I see people in a different way, a more sensitive way now. After delivering meals for Moveable Feast, I am reminded that every person just wants to be loved and has an important story to share. Each time food is delivered to one of our clients they are reminded that someone loves and cares about them enough to bring them one of the most basic needs for life - food. Because that food is delivered with lots of love, hugs and a listening ear, it brings them hope. I also try to carry this reminder into my everyday life when I deal with other people I encounter, despite the circumstances in a person's life, to remember that everyone at the core wants to be loved and valued.

I am reminded about what is truly important in life. I hear stories from our clients about what truly matters. I get important perspective. Volunteering for Moveable Feast actually helped me to get better after a difficult time in my life -- giving to others actually helped me to heal. I worked hard to get out of a rut, exercising, eating right, surrounding myself with positive people, but it was volunteering at Moveable Feast that finally helped my soul and heart to heal.

I am very impressed with Bill and Melinda Gates and the work done by the Bill and Melinda Gates Foundation. The foundation believes that all lives have equal value. They work globally in many important areas, including HIV, as well as domestically, mostly in education. What impresses me and makes them living heroes are the stories I read on-line about Bill and Melinda's "can-do" spirit in tackling some of the most difficult problems in the world.  It is very inspiring to hear their positive stories. If I could, I would ask Bill and Melinda to come down to the Moveable Feast kitchen in downtown Baltimore to feel the energy of the kitchen first hand while watching hundreds of nutritious meals being prepared by volunteers and staff collaboratively. Then I would ask them to go on a delivery route with us to see the people we serve and hear some of the challenges they face daily. At the end of our time together, I would want to have coffee with them and ask if there are any ways that we could improve the services to our clients, to learn from them and share experiences.

The gift of time.  Moveable Feast is primarily a volunteer run organization with very few full time employees. We provide no-cost meals to individuals in every county in Maryland and we are always in need of kitchen volunteers, drivers, event volunteers - the volunteer opportunities are endless. We welcome individuals with all kinds of skill sets to help. We have people volunteering their time to help with new technology solutions to make us more efficient to volunteers who make batches and batches of cookies for a special treat for our clients - both are equally important and very appreciated. But time is scarce for everyone - there are myriad ways we can spend our days - so more time from more people would really help us to feed even more people that need our services.

Do you realize the immediate difference you can make in the lives of so many in your community when you volunteer and give what you can? Do you realize all the ways volunteering helps you to be a healthier person?

I am obsessed with the capabilities of today's smartphone. I love taking and sharing pics immediately with family across the miles, I love checking the weather and I am thrilled to have GPS at my finger-tips because without it I am a bit directionally challenged! (to name just a few reasons...)

There is so much focus on wellness in the media today. We all are trying to eat better, exercise more, and take better care of ourselves. Interestingly enough, becoming a citizen philanthropist is an easy way to also take care of yourself. By helping others you actually feel better, philanthropy helps to release all those good chemicals in your body that contribute to wellness. Helping others, volunteering - it just makes everyone feel good!

QUESTION: What is the first time you remember helping someone else and what did you do? ANSWER: When I was in middle school, I remember spending lots of time with a young girl, Laura, who had cerebral palsy. I remember how much the parents appreciated me playing with her and making her happy. I remember that even though she could not physically control her body, there was so much in her eyes. I think this was the very first time as a young person that I truly saw the value in helping others.