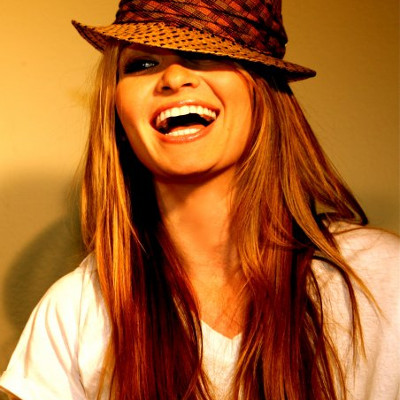 Use my talents to give girls who feel alone a voice, & to be a compassionate wife, daughter, sister, friend, acquaintance, & stranger

In middle school, Lauren Parsekian, who had once run with the in-crowd, was ostracized and bullied by her group of “friends,” making life unbearable. She was afraid to go to school, became depressed, and even attempted suicide in the 7th grade. It’s funny how our greatest hurdles in life can morph into our greatest gifts to the world.

Fast forward to 2009. Lauren and her friend Molly Thompson set out to create a documentary about girl-against-girl bullying. This evolved into the abundantly successful Kind Campaign. Their documentary Finding Kind premiered in theaters in New York City and Los Angeles and was accepted and awarded in over 20 film festivals (you can view the trailer at the bottom of this post). The women spoke in over 400 schools across the United States and completed four international anti-bullying school tours. (Check out a hysterical video of Lauren and Molly at the bottom of this post.)

While Lauren is still young, her crystal clear sense of purpose is set firmly in place and so obviously informs every move she makes. It fuels the widespread success of her nonprofit, it inspires girls around the world to speak out against girl-against-girl bullying, and it’s why I wanted to feature Lauren for the Talking GOOD spot this week.

Thank you Lauren (and Molly) for your commitment to the cause, and thanks for sharing your thoughts on our blog!

To use my passion and creativity to give girls who feel alone a voice, and to be a kind and compassionate wife, daughter, sister, friend, acquaintance, and stranger.

I want to pioneer or take part in a movement that requires schools by law to share an anti-bullying curriculum with their students within the first week of school. I also hope to direct and complete at least two more documentaries. A food tour of the world would be pretty nice too…

I know this isn’t humanly possible, but I would meet every young girl and boy thinking of taking their life due to bullying, and I would ask them if they know how precious they are. I would listen to their story and offer the best advice I could give them.

Be KIND…It’s So Much Easier.

Maybe Blake Lively?  I have always had a lot of respect for the way she tends to stay out of a lot of the tabloids.  She seems to be a really down-to-earth and classy girl with a joy for life and her craft.  I see her as a good role model for young girls.

I think of a few quotes that I have written all over my life:

*“I will not die an unlived life. I will not live in fear of falling or catching fire. I choose to inhabit my days, to allow my living to open me, to make me less afraid, more accessible, to loosen my heart until it becomes a wing, a torch, a promise. I choose to risk my significance; to live so that which comes to me as seed goes to the next as blossom and that which comes to me as blossom, goes on as fruit.”

Every girl that I have watched apologize to another girl in one of our assemblies or screenings. Every time I see a girl own up to their mistakes and mend another girl’s broken heart, I feel this sense of pride and joy that is unmatched by any other experience I have had in my life. I have this incredible opportunity to watch teens break down their social barricades and be real and honest with each other and it’s an opportunity that has changed my life completely.

I would most likely be working on another documentary or writing books for teen girls. For a while I had an obsession with producing and staring in my own food network show. I am quite the foodie.

I was a nationally-ranked, competitive tennis player from my childhood through high school.

What are some things outside of your job that give you joy? Running around music festivals with my fiancé and pretty much everything I do with him, good food and good wine, traveling to new places, the holidays with my family, rainy days, snowboarding, Disneyland, and road trips.