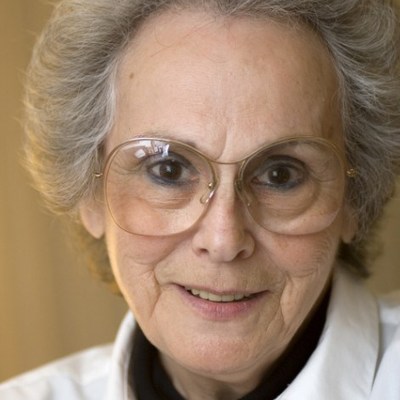 Transform parenting from “the hardest job in the world” to a deeply satisfying, successful experience.

Molly Brown Koch possesses a résumé that chronicles the sweeping arc of her career from the 1950′s to the present, and that betrays her true age. As I skimmed its pages, reading about the 85-year-old’s work as a school teacher, a parent educator, and a cult prevention specialist, what struck me was not the sheer volume of her accomplishments; instead it was the compelling narrative and very clear themes that it embodied. That long document could be boiled down to a three word phrase: heroic family advocate.

A random smattering of highlights: From 1976 to 1979 Molly helped create the Columbia (MD) Jewish Family School, serving as a teacher and its principal. During that period, Molly co-founded and led a support service for cult-affected families, providing widespread public education on the destructiveness of cults. She served as a resource on cults to the ATF and the Israeli government’s Ministry of Justice. She’s a columnist for Baltimore’s Child Magazine. In 1987, The Maryland Senate recognized her for her “devoted service.” It did it again in 2002 (just to make a point I presume)! She’s been recognized multiple times at the national level for her work with families around cult prevention. Oh (note the nonchalant tone), she’s been interviewed by Oprah.

Molly’s appreciation for the value of a strong family was imbued in youth. She says that “During the first 19 years of my life, throughout the Great Depression and after, our family moved 16 times. I had to say goodbye over and over again to beloved friends, teachers, neighbors – every person I cherished in each of my little worlds.” Married in 1947, Molly and her husband Bill welcomed daughter Jessie just one year later, followed by Andrea in 1952, and Richard in 1956. She joined a Child Study group when Jessie was one year old and “was hooked on groups” from that point forward. A devoted, teacher, consultant and mother, Molly describes in the interview below how her lifetime of work with families is what helped her cope when in 2009, tragically, her daughter Jessie was killed by a hit and run driver.

Molly’s passion for growing and preserving strong families is boundless (for someone at any age). Currently, she is Director of the Keep the Connection Workshop, which encourages parents to become active participants in their children’s schools and education. Launched in 2008 with a grant from the Harry and Jeanette Weinberg Foundation, the program is now taught in four Baltimore public schools, and is based on Molly’s award winning book, 27 Secrets to Raising Amazing Children. Core to these workshops is the knowledge that strong family ties are the most effective way to prevent children from joining gangs or yielding to other destructive influences.

In an email, Molly told me that she loves “helping parents discover the expert parent within themselves, and reuniting families split apart because of their differences.” Her love for her work is undeniable and her lifetime of service is appreciated. Thanks for answering these questions Molly.

Since 1956 my passion has been to enable parents to strengthen their relationship with their children and transform parenting from “the hardest job in the world” to a deeply satisfying, successful experience.

Endless gratitude toward every person who gives me the opportunity to use my natural gifts and the deep satisfaction from watching parents turn from punitive discipline to compassionate care-giving.

Elie Wiesel, the Holocaust survivor, author, teacher, and extraordinary human being.  I would ask him how he feels about forgiveness for the perpetrators of the worst massacre in human history and for destroying his entire family.

I have two: “A truly spiritual man’s creed is not live and let live, but live and help live.”  Roger Babson, entrepreneur, philanthropist, and founder of Babson College.  Babson’s words settled into my bones a long time ago. Another inspiration came from Edith Hunter, a teacher of young children in an Episcopal Sunday school:  “The teacher’s most important role is that of midwife to thought rather than imparter of wisdom.”

HOW DO YOU BALANCE YOUR PHILANTHROPY WITH ALL OF LIFE’S OTHER STUFF?

With no training in juggling, I’m not always good at balancing my work  with the rest of my life. I am very, very lucky in having a patient and supportive family and understanding friends.

How can we transcend our social, political, religious, and ethnic differences and reach out to one another as fellow human beings and live side by side in peace and good will?

From Strength to Strength: A Life Lived Fully in Spite of it All.  As I look back on my life, I see how each struggle in youth equipped me to handle future ones, including the most devastating of all, the sudden death of my beloved first child, Jessie, who was killed at age 61 by a hit a run driver four years ago.

I hardly ever, unless asked, tell people that I have no college degree.

My aversion to giving advice comes from Psychoanalyst  Theodor Reik’s statement, “Nothing said to us, nothing we can learn from others reaches us so deep as that which we find in ourselves.” Therefore, if an aspiring citizen philanthropist came to me for advice, I’d do what I do with parents, I would ask him to articulate his goals, describe his plans to reach them and determine for himself if he’s on the right track to succeed.