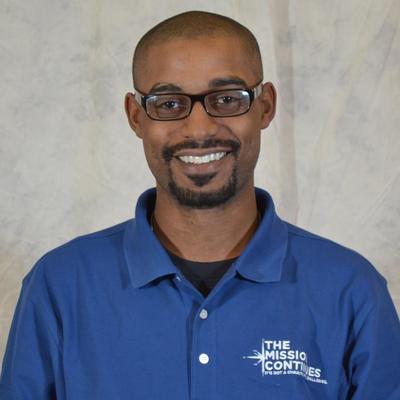 Serve. I am a Marine; it is my commitment.

For an HTML version of this post, visit this link.

Last month, United States Marine Corps veteran Nick Ellis celebrated his 30th birthday, standing on a South Florida beach with wife Kelley by his side, salt water lapping at their bare feet. In one hand, Nick held a piece of paper. In his other hand he held a lighter. Slowly, with resolve and purpose, Nick lit the paper and watched as the long list of words on the page browned and turned to ash. He then dropped what remained of the flaming embers into the water. Nick was reborn … once again.

Nick Ellis grew up on the South Side of Richmond, Virginia in a low-income neighborhood where young African American men, particularly those in their teenage years, were educated primarily on the street. Nick knew he needed to remove himself from that environment, so at age 17 he joined the US Marine Corps. Rebirth. For several years, Nick travelled the world as a combat cook, but in 2005 he deployed to Iraq, where he earned a Purple Heart for valor shown during the Abu Gharib prison attack. During the battle, Nick sustained shrapnel injuries to his face and head. “The jail was booby trapped. It was a freaking nightmare.” That day, Nick and all 33 of his comrades-in-arms escaped death. Rebirth.

Nick’s recovery from that traumatic brain injury has been slow and painful (and continues even today), but he returned to active duty after 30 days at a medical center. After an honorable discharge in 2006, Nick struggled with maintaining employment and personal finances. He had troubles with his identity and isolated himself as he missed the camaraderie and structure he was accustomed to from the military. He was diagnosed with Post-Traumatic Stress Disorder in 2008.

“After my discharge, I was stubborn and egotistical. I didn’t want to hear the truth about my injuries, or be branded as an ‘injured vet’ in other people’s eyes. In truth, I felt completely worthless. I had not yet learned the importance of emotional health and spiritual health. Those were painful, but critical lessons to learn. I was going to have to rebuild my life.”

Nick married Kelley in 2010 and started pursuing his bachelor’s degree. He was on the right track, but still struggled to find a much desired sense of personal purpose. One night at 3:00 am, sleepless, intoxicated, Nick Googled “Veterans - Nonprofits – Resources.” That was when he learned about the Mission Continues. “On the website I read about their core values, and I felt an intense pride, the first time I had experienced that since serving with the Marines.” Rebirth.

Nick was awarded a Mission Continues Fellowship that brought him back to his roots, mentoring at-risk youth and their families for 20 hours a week at the Florida Community Alliance. He focused on helping kids 13 to 18 years old develop life skills, seek gainful employment and improve family conditions. “I had settled and become complacent, but The Mission Continues brought energy back into my life. I was again part of something larger than myself. It brought me back to teamwork, group dynamics, and organization.

In the 18 months since completing his Fellowship, Nick achieved his B.A. degree in entrepreneurship. He is a husband, a father of two, an actively engaged member in his community, a volunteer, an entrepreneur, and an inspiration to other veterans who struggle to find a sense of purpose. “Veterans all have a chance to rewrite how society views us. We need to grab that opportunity. Don’t be a dead veteran.”

Nick smiled as the ashes of his 30th birthday note were swept away by the tide. “It was a list of everything negative in my life. Excuses. Guilt. Unhealthy emotions. It was time for me to let all of that go.”

Thank you, Nick, for sharing your journey with us, for continuing to serve us here at home, and for allowing us to get to know you better this Veterans Day.

In recognition of Veterans Day, Talking GOOD has partnered with The Mission Continues to shine the spotlight on veterans who are making a difference here at home. Drawing from The Mission Continues’ community of more than 3,000 fellows and service platoon members, we are profiling three veterans who continue to give back, even as they endeavor to find their own paths. Their stories are intensely personal, and at the same time, they represent a generation of men and women. These are their words.

WHY DO YOU CONTINUE TO SERVE HERE AT HOME?

One does not become a Marine with the flip of a switch. It is a lifetime decision.

OF WHAT ARE YOU MOST PROUD?

My accomplishments as a USMC Veteran, husband, and father.

DESCRIBE A MOMENT THAT CHANGED YOU FOREVER.

When I took my Mission Continues fellowship oath in New York at ground zero. It felt as if I was redoing my vows to my country. I cried like a baby.

WHAT DO YOU STRUGGLE WITH THE MOST SINCE STEPPING DOWN FROM ACTIVE DUTY?

I miss my brothers. The things one can do with a Marine Corps fire team is unbelievable to those who haven’t experienced it.

WHAT DO YOU WANT PEOPLE TO KNOW ABOUT THE VETERAN COMMUNITY?

I would want to communicate how capable veterans are. After all, we are professionals in life and death. So if your issues have less at stake … then we’re capable of handling that! Veterans are great people, but we’ve developed some scar tissue. We’ve also developed a very serious resistance to anti-American rhetoric.

WHO IS A PERSON YOU ADMIRE AND WHY? WHAT WOULD YOU ASK HIM/HER IF GIVEN THE CHANCE?

Denzel Washington. To date he has donated thousands of dollars to military/veteran causes. Not once has he sought attention for these contributions.  I would want to know what military and country mean to him. What does patriotism mean to him?

WHICH ISSUE FACING YOUR COMMUNITY WOULD YOU LIKE TO BRING GREATER ATTENTION TO?

WHAT IS SOMETHING PEOPLE MIGHT BE SURPRISED TO LEARN ABOUT YOU?

In high school I was in the show choir.  Also, I am a practicing astrologer of 9 years. I co-run a Facebook page called "Proud to be a Scorpio" and we have more than 7,200 members.

MY LEGACY TO THE WORLD WILL BE:

Leadership. Inspiration. Purpose. I believe the best way to show anything is through action.  I want the world to remember me for my actions, not my words.

WHAT QUESTION DO YOU WISH I HAD ASKED AND WHAT IS THE ANSWER?

QUESTION: What is one way the Veteran community can improve? ANSWER: MAN UP! We have a chance to redefine how the world views us – let alone how we view ourselves. We need to accept our uniqueness and put it to good use. It would be nice to see more veterans involved with the country than just on Veterans Day only.