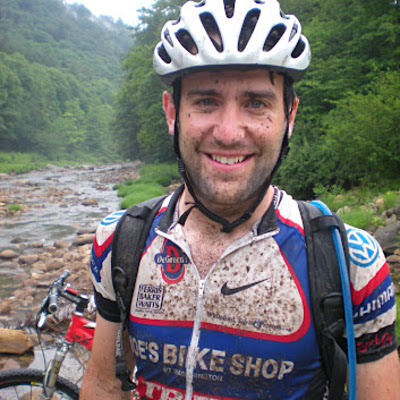 Make the inherent goodness of the world known through art by promoting creative peoples talents.

Scott Burkholder is the Executive Director of the Baltimore Love Project. But before I continue, there are two things I must say right off the bat about Scott:

1) This guy makes things happen! I’ve only known Scott for a short while, but I’ve now seen him “get the job done” on multiple occasions. EXAMPLE #1: Several weeks ago, we were at an event with about 100 other people. The group facilitator was struggling to advance the conversation and the situation seemed very close to unraveling as disagreement begot disagreement. From the audience, Scott took the liberty of suggesting the path to get things moving again in a constructive manner. Everyone, even the facilitator breathed a collective sigh of relief and latched on to his ideas. EXAMPLE #2:  Yesterday, I emailed Scott to let him know that we needed a pinch-hitter for this week’s Talking GOOD spot. Without hesitation, Scott turned around his thoughtful responses in less than 12 hours. HUGE!!

2) The dude rides a bike. This says a lot about someone. And although I prefer cycling of the roadvariety, I have tremendous respect for people that push two wheels up and down the trails. (For what it’s worth, this is what Scott looks like when he’s not caked in mud).

Now that we’ve gotten that out of the way, I’ll keep my comments brief so that we can get on with the interview. Scott Burkholder grew up in rural Minnesota. He came to Baltimore in 1998 to attend Johns Hopkins University. Fast forward to 2008 when he was invited by Baltimore mural artist Michael Owen to oversee the business side of the Baltimore Love Project, the largest self initiated public art project Baltimore has ever seen. What does that mean exactly? … check out this video about the project. It’s wild!

The combination of art and entrepreneurship has captured Scott’s attention. He believes art is powerful with it’s ability to show the world as it is, and more importantly, as it can be. He promotes art full time in Baltimore and is working to create a Social Venture Capital Firm that serves Baltimore’s creative community. To see Scott in action, check out the video at the bottom of this post. Thanks for answering our questions Scott — and for keeping the weekly Talking GOOD streak alive!

My purpose in life is to make the inherent goodness of the world known through art by promoting creative peoples’ talents.

Someone who gets it done, has brains, but is empathetic. I recently read an article on Jake Gyllenhaal. He seems to fit that bill.

There is beauty all around us, and humans have an obligation to make it known to ourselves and more importantly to others.

Entrepreneurs who change society. Henry Ford, Sam Walton, Steve Jobs, Bill Gates, Mark Zuckerberg, Jessica Jackley, Matt Flannery. The list has notorious faults but no one is perfect, however I believe they meant well with what they are/were doing.

Mountain biking as much as possible.

I have matured from a place of very very limited appreciation for art, to making art promotion my vocation.

QUESTION: What are you reading right now? ANSWER: The Painted Word by Tom Wolf.