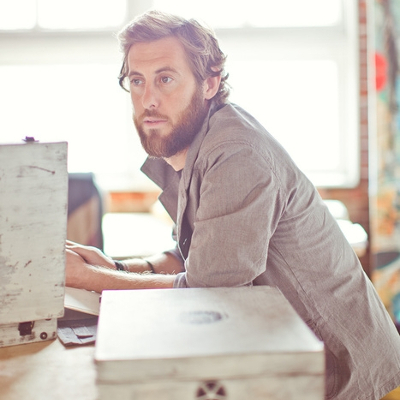 See freedom for all

Few people try to get ridiculously lost, and in the process actually find their true purpose.

Sean Carasso is the founder of Falling Whistles, a campaign for peace in the Democratic Republic of Congo. While traveling there (or as Sean says, “getting as lost as possible”), he witnessed the horrors that the war in the Congo caused and decided to do something about it. By selling whistles and other merchandise Falling Whistles raises awareness for the deadliest war in the world and supports rehabilitation programs for women and children. The organization’s work is more important than ever as the situation in eastern Congo escalated in April, with half a million people being displaced.

To call Sean’s focus and dedication intense would be an understatement. When Falling Whistles started he was sleeping on couches and using a garage as a makeshift office. However, he kept pushing and people flocked to his cause. In 2011 he was on the Forbes 30 under 30: Law & Policy list.

I am in awe of Sean’s courage. He has traveled to one of the deadliest places in the world, talked with warlords and rebel leaders, and still says he was able to “find humanity in the most vile of creatures.” To see Sean’s passion take a look at this video from the Do Lectures, or this awesome 2Lead video where Sean offers tips for aspiring entrepreneurs, thinkers, and leaders. One of the most amazing things about Sean is that he completely understands how precious life is. He has seen, death, destruction, and pain, and still has zest, charisma, and the drive to fight for justice.

Thanks for talking with us Sean!

To see freedom for all.

Peace in Congo. I want to see an end to the deadliest war in our world.

Nelson Mandela for sure. I’d ask him what he thinks is the difference between charity and solidarity.

Oh man.  I mean, I get told I look like Ryan Gosling quite a bit…and he’s a talented dude.  Seems like a good choice.

That all of us are born free.  All are born equal.

Bobby Kennedy.  Patrice Lumumba.  Martin Luther King Jr.  John Lennon.  Dorothy Day.  Harriet Tubman.  Fredrick Douglas.  Thomas Paine.  I could go on and on.  I am inspired by whistleblowers.  People who have the courage to say what needs to be said, long before they have the answers or solutions.  They say it because they know that if they don’t, no one will.

I suppose every age is unique, as are the opportunities afforded us in each.  But generally I think if I wasn’t doing this, I’d be doing some variation of this.  Working to make sure people who are living in war, can live in peace.  To ensure that people who are currently unfree, become free.

If we lived in a perfect world, I’d simply snowboard and scuba dive my life away.  Snow in the winter.  Dive in the summer.  All day, every day.

Where do you dream of being in 10 years?  And my answer would be – on a mountain.  Raising a small gang of kiddos.  Together learning about the world by exploring every corner of it.