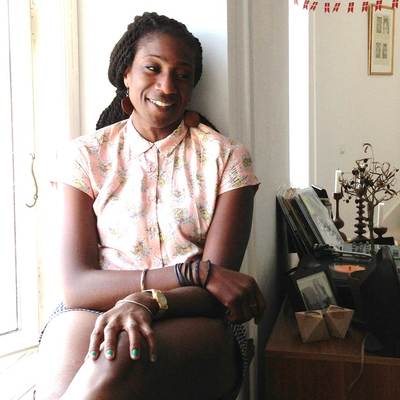 Build platforms that connect and shine light on amazing people.

Like many first-generation Americans, Trish Tchume, director of the Young Nonprofit Professionals Network (YNPN), assumed she’d make her Ghanaian parents proud by becoming a doctor or a lawyer – not the voice of the next generation of nonprofit leaders.

The Philadelphia native entered college as a pre-med major, only to graduate with a degree in pharmaceutical marketing and without any intention of entering that field. An advisor suggested she check out jobs in higher education and student affairs.

After spending several years in residence life and receiving her master’s degree in education, Trish returned to Philadelphia to work for Idealist.org. It was there she first learned about YNPN from her boss, who encouraged her to get involved in the local chapter he was starting.

Following a move to New York City in 2007 for a position with the Building Movement Project, Trish joined the national YNPN board, serving until 2011, when the organization was able to raise enough funds to hire its first full-time employee, a national director.

While other membership organizations have struggled to attract and retain members in recent years, under Trish’s leadership, YNPN has almost doubled in size – growing from just over 20 chapters in 2011 to 40 chapters today across the country, with an additional 22 start-up chapters in the works. The network boasts more than 50,000 current members.

Trish credits YNPN’s growth to giving chapters the flexibility to meet the unique needs of their local communities and professionals – from Atlanta to Detroit to Los Angeles. “YNPN is an intentionally creative space for developing and connecting the next generation of social change leaders,” she says.

She describes YNPN’s network-building model as “the equivalent of offering a pile of blocks, a lump of Play-Doh, some pipe cleaners, and pickup sticks” to young people, giving them skills, experiences and connections they can build on to create change, as well as the opportunity to learn from and with other leaders – 74 percent of respondents to YNPN’s 2013 member survey cited “access to a network” as the benefit they value most. (See Trish’s recent piece on “Strategic Networking and Effective Leadership” in the Stanford Social Innovation Review.)

With YNPN’s first fundraising campaign under her belt – it raised $23,000 in just 10 days – Trish is now looking ahead to 2015 and the roll out of a new membership platform, which will allow YNPN to engage more members more deeply.

Want to learn more about YNPN? You can sign up for monthly updates here.

My purpose is to build platforms that connect and shine light on amazing people – those who are working under the radar,  building a more just world.

I remember sitting at the breakfast table with my brother and sisters when I was about four. I was eating cereal looking at them, and I realized that they all had something special – one was the oldest, one was the youngest and one was the only boy. I thought, “I don’t have any special thing,” so I became really focused on making sure that everything was based on fairness and not being special. I think I felt early on that you can tilt the tables in your favor, or work to make sure the rules apply equitably to everyone.

HOW HAS YOUR WORK CHANGED YOU?

I was an anxious kid. When I learned about global warming, for example, I was terrified that the world was on fire and there was nothing we could do about it. Today, my outlook on the world is extremely hopeful. It's because, through my work, I now know there are so many brilliant, giving, loving, generous people working to make things better.

My parents are from Ghana, and they would often share proverbs with us. One that has more meaning to me today is, “If the back of your gums stink, lick them.” It doesn’t translate well into English, but it means that if you have the ability to fix what is wrong, you just need to do it.

WHAT WOULD THE TITLE OF YOUR AUTOBIOGRAPHY BE?

Lost and Found in Translation. It's a reference to how confused I was growing up (maybe intentionally) by the Ghanaian proverbs my parents used to teach me about life. Almost every day now, as an adult, those same proverbs give me peace, grounding and direction.

WHAT IS ONE BELIEF THAT IS CORE TO YOUR BEING?

WHAT DO YOU GET FROM YOUR WORK?

I am energized and comforted by the people I meet through YNPN. They are building the world that I want to live in, so I support them through the organizing, advocacy and fundraising work that I do. Habitat for Humanity requires folks who will be receiving a home to put in “sweat equity.” I feel like this work is my “sweat equity."

WHAT IS ONE THING YOU’D LIKE TO ACCOMPLISH BEFORE YOU “EXPIRE”?

I’ve been lucky enough to do really fun things in a relatively short time, especially coming from somewhat limited circumstances. In terms of my accomplishments, though, I hope I’ll live to see the day when we have a society where people’s basic needs are met.

I was on the canoeing team in high school. I tried soccer, softball, volleyball and even cheerleading, and I was terrible at everything. The Girl Scouts put out call for the canoeing team, and I decided to give it a shot. I discovered I was actually good at it.

WHAT ADVICE DO YOU HAVE FOR OTHERS WHO ASPIRE TO BE CHANGE AGENTS?

Open your mind up to what it means to be a leader. Everyone needs to “step up and step back.” Ask, “Am I contributing too much? Am I not contributing anything?” Be conscious of what the situation calls for. You cut yourself off from really essential information and people if you cling to a narrow view of what it means to lead.