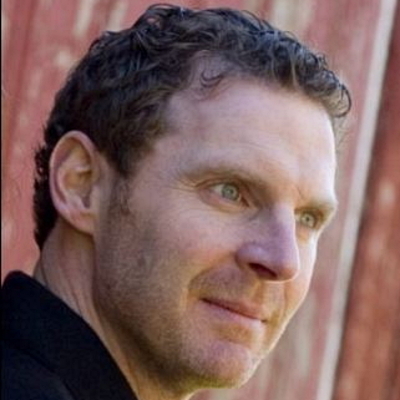 Andrew Buerger launched Jodi’s Climb for Hope in 2006, after his sister Jodi Buerger was diagnosed with breast cancer. The upstart nonprofit brought together Andy’s growing infatuation with the sport of mountain climbing, and his love for his sister. Jodi succumbed to her illness in 2009, but the nonprofit has only grown. In the last four years, it has donated more than $500,000 to Johns Hopkins University for a vaccine under development, and it funds MS research there as well.

Most people know Andy as the former publisher of the Baltimore Jewish Times and Style Magazine. But in recent years, he has successfully made the transition from publisher to social entrepreneur and cause advocate. He has drawn from the obstacles faced by his family (most recently his wife was diagnosed with multiple sclerosis) and has used them to create positive outlets, both for himself and others. Andy is this week’s Talking GOOD feature.

To change the world by giving people outdoor experience.

I think it would be Andre Agassi who’s not only an incredibly successful athlete, but he’s now moved on to be an amazing philanthropist. He’s dong great work and getting lots of other athletes involved. My question to Andre: How do you balance all of it … staying fit, doing great work, and being a great family man?

When You’ve Run into a Wall, Look for the Door…and other lessons I’ve learned from mountain guides

Does Bobby Flay count as a actor? People tell me I look like him.

No matter what anyone tells you, you can do it… your way.

It may sound bad, but Michael Milken. I know he’s a convicted felon, but he served his time and was given a second chance at life. Now, he’s put his time, talent, and treasure towards finding a cure for prostate cancer. Since he’s become involved and applied his business skills to fighting that disease, we’ve seen a big drop in morbidity. And, please don’t tell him, but my other hero is mountaineer, entrepreneur, and motivational speaker, Chris Warner. He owns Earth Treks Climbing and makes a living doing something he loves (climbing). My friend has built a chain of successful climbing gyms and leads international expeditions. He also ensures that he has quality time to be a great dad and husband.

Since this is a volunteer position, I am doing something else. I’m running B’more Organic. It’s a socially responsible company, making organic Icelandic-style yogurt smoothies in a bottle, oh, and we give 10% of our profits to Jodi’s Climb for Hope.

I’m really bad at mountaineering; and I’m even worse at rock climbing. But that is one of the reasons I started Jodi’s Climb for Hope — to give beginners the opportunity to experience the thrill of mountaineering.

"Gee, Andy, tell me about your kids. Well, we adopted two children from Ethiopia and they’re now turning two. They are the most beautiful, precious little things you’ve ever seen. Thanks for asking.