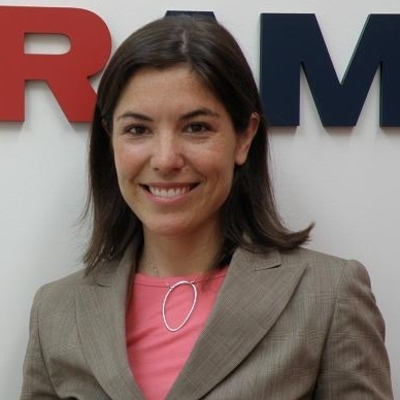 Work for social justice by creating educational and leadership opportunities for people of all ages and backgrounds.

Imagine your child in a school with outdated textbooks, few after school activities, and a shoestring budget. How would you want teachers to compensate for the dearth of programming and material resources? This is a question that Courtney Cass wrestles with in her role as Executive Director of Teach For America in Baltimore.

TFA is a national organization where recent college graduates commit to teaching school for two years in under-served communities. The organization is filled with passionate and intelligent people, many who go on to become education advocates (just like Courtney and this former Talking GOOD interviewee).

Courtney joined TFA as a corps member in 2000, and taught second grade in New York City for three years. She then went on to law school, where she continued to immerse herself in children’s education, by co-founding a student organization called Child Advocacy, Research, & Education. She also worked as a legal aid for the program Just Children, and was awarded the Family Law Book Award at graduation (an award given to the student who shows the most potential in the practice of family law!). In 2010, Courtney took her current position at TFA.

Providing meaningful educations to our Nation’s children is an imperative, but in many respects our current system is broken. Courtney has seen what it takes to do the job on the front lines, and now she is empowering a corp of young teachers to do the same. Thanks for talking with us Courtney!

To work for social justice by creating educational and leadership opportunities for people of all ages and backgrounds.

As a 2nd grade teacher through Teach For America in Washington Heights (in New York City), I witnessed the inequities my students faced coupled with their unlimited potential and desire to succeed. This experience seeded a passion for ensuring all children receive the educational opportunities they need and deserve. As I’ve continued as a law student with a focus on child advocacy and juvenile justice and now an organizational leader at Teach For America in Baltimore, I’ve gained a deeper sense of what it will take collectively to create the systemic social change our kids’ futures demand.

Two big rewards: First, I’m continually challenged to learn more about the rich histories of Baltimore’s neighborhoods and the diverse backgrounds and perspectives of our students, communities, and partners. By learning more about others, I inevitably learn more about myself. Second, I’m continually inspired to be working alongside so many incredible educators, administrators, non-profits, students and families.

Malala Yousafzai: In what ways do you see the world changing as a result of your brave campaign for the education of girls in Pakistan?  What advice would you have for other students across the world who want to advocate for expanded educational opportunities for all students, regardless of race, class, or gender.

Your personal expertise. Teachers are always in need of people willing to offer mentorship opportunities, be a role model, and bring real-world relevance to classrooms throughout Baltimore.

What can each and every one of us do to help ensure that every Baltimore child graduates high school ready for a college opportunity?

“Life Between Days” is the name of a short story collection I have been working on in spurts for years.

I spent a year of my adult life living in my parents’ attic writing fiction and substitute teaching.

Make it as personally meaningful as possible. Reflect on what is most important to you and from there, think about your own resources, skills, and talents and find the bridge between what you care most about and what you can uniquely offer.

QUESTION: What’s number one on your bucket list? Even if I did write the question, not sure that I could pick just one! ANSWER: land a double axel, teach pre-kindergarten, and read every novel that has won a Pulitzer Prize in fiction.