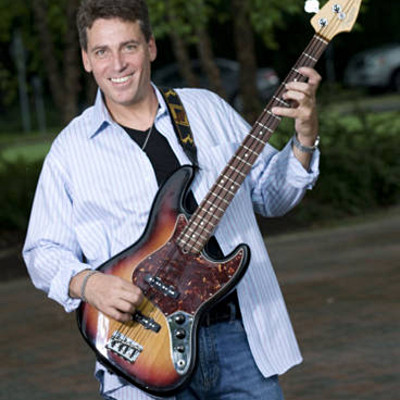 Build a brighter future for today’s youth, preventing as many young people as I can from traveling some of the wrong roads I went down

Daniel Brannon doesn’t offer many specifics about his checkered past, saying only that he had to overcome a “difficult childhood, troubled adolescence, and colorful adult life.” He did tell me the exact day that he “got clean” — August 22, 2006. That was 2,348 days ago, almost six and a half years. And over that period Danny not only turned his own life around, but has made a profound impact in the lives of children and recovering addicts throughout the state. It kind of feels like he’s making up for lost time (and then some).

To be perfectly candid, Danny has his hands in so many different projects that it’s hard for me to keep them all straight. His passions all seem to coalesce around the awesome nonprofit organization that he launched in 2011: The IMPACT Society, advocating the power of music and arts to inspire and motivate people to achieve their maximum potential in life. Under the IMPACT umbrella, Danny runs IMPACT DUI, which deals with alcohol education and prevention, and IMPACT Recovery House, which is scheduled to open this February! And he’s doing all of this for no pay!!!

According to Danny, ” I started The IMPACT Society with money that I was awarded as a winner of the 2011 National Pearson Prize for Higher Education (1 of 20 winners – out of 20,000 applicants nationally), and since then, I put just about every penny I earn into developing and sustaining the organization, and my time – approximately 40+ hrs weekly is all volunteer at this point.” The above video is Danny’s Pearson Prize finalist video. It powerfully and succinctly summarizes his life right up until the point that he made his dream of starting a nonprofit organization come true.

Danny continued: “One day I hope to be able to earn a paycheck, but like any business, starting a non-profit alone, with just a vision and an idea requires several years of working for free and every penny I have to bring to life, but I can tell ya, we are coming alive, it is happening, it is very exciting and the rewards are sweeter than what money could ever buy. The Nikki Perlow Foundation‘s generous donation for The IMPACT Recovery House is a huge help for that project. And was right on time!”

As if this wasn’t enough, Danny works full time as a drug/alcohol counselor for Right Turn of Md., Inc. and he plays in three bands (check out this link for songs that he’s written for The IMPACT Society). He also manages to spend time with his girlfriend (SPOILER ALERT … check out Danny’s answer to question #8). Danny, I usually keep my intros fairly short so that the interview portion can shine, but I simply could not stop writing. Thanks for your openness, your honesty, and all that you’re doing for at risk populations in Maryland. Good luck with the launch of IMPACT Recovery House next month!

My purpose in life is to use the experiences of my dark past to help build a brighter future for today’s youth, in hopes of preventing as many young people as I can from going down some of the wrong roads I went down.

I hope to one day complete a musical comedy I’ve started about the life process, written in riddles about a 3-ring circus with the centerpiece of the story featuring a ballerina in a music box who makes everyone’s wishes come true.

WHO IS YOUR HERO AND WHAT WOULD YOU ASK THEM IF GIVEN THE CHANCE?

I would love to meet Father Joe Martin, a Catholic priest who was a recovering alcoholic and founder of Father Martin’s Ashley treatment center in Havre de Grace, Md.  Fr. Martin’s Ashley, in my humble opinion, is one of the most loving and compassionate places on planet earth, setting the standard of excellence in the helping profession. Because the odds of successful recovery for addicts and alcoholics isn’t always very good, I ‘d like to ask Fr. Martin how he managed to stay the course and not become overwhelmed by emotions and discouraged when we lose so many addicts to the powerful, relentless, insidious disease of addiction.

I’d have to pick Robert Downy Jr.  He’s a wonderfully, gifted actor, and I am certain that he “Gets it” with people like me.  I’ve read his life story and we have so many similarities.  His parents divorced at a young age, he began using drugs very young, and he struggled for many years before finally finding the solution to his problems through complete abstinence and 12-step recovery. He certainly has the fist hand experience, and I love that the endings appear to be heading in the same direction. Freedom from addiction!

That giving of ourselves through love and service to others is where we find meaning, purpose, and happiness.

I hate to say it, but my track record tells me that if my life isn’t committed to staying clean and helping others, I probably wouldn’t be doing anything healthy.  I never want to find out, so I’m going to keep on doing what I am doing.

I am 49 years old and have never been married.  I have no children. The first part of that may change in the near future though.

IF YOU COULD HAVE ONE WISH GRANTED THAT WAS TRULY POSSIBLE, WHAT WOULD IT BE?

I wish that laws would be enacted requiring all people convicted of crimes related to drugs and alcohol, who can pay for treatment programs, to have to undergo treatment and that a portion of the costs for treatment would go back toward prevention education programs for youth.

WHAT QUESTION(s) DO YOU WISH I HAD ASKED, AND WHAT IS THE ANSWER?

QUESTION: How do you find the time, energy and balance to work a full time job, operate a new non-profit, go to college, write music for The IMPACT Society’s band, and make time for 12-step meetings?

ANSWER: My primary purpose in life is to stay clean and sober and help others one day at a time.  I still have the same energy I did when I was a restless child, a troubled teen, and an active addict. The difference today is that through the recovery process, a relationship with God as I understand God, and staying surrounded by kind, loving friends and a wonderful girlfriend who help me, I have learned to channel my energies into positive, creative projects that I find purposeful, meaningful and rewarding.  Today, I live for the next challenge and I complete the tasks at hand.