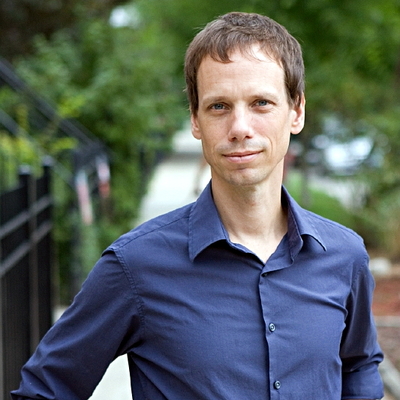 Raise a happy, sharp, and thoughtful daughter, and help shift the political and ideological landscape of this country toward the direction of economic and racial justice.

The kind of music a person enjoys offers telling insights into their personality. So in a recent interview with George Goehl, Executive Director of National People’s Action (NPA), I asked “What is your favorite song and who is the artist?” His answer in a moment …

Based in Chicago, George is kind of a big deal in the world of professional organizing. He has orchestrated successful national campaigns on housing, banking, and immigration issues, and under his leadership NPA moved more people into the streets in support of financial reform in the wake of the financial crisis than any other organization in the country. A December 3, 2012 article in The Nation, calls George one of the “intellectual gurus” behind the Occupy movement.

And while George today heads an organization that “has become a powerful force for economic justice in America” (according to that same article in The Nation), he was not too long ago one of the “have nots” in this country. In a March, 2012 interview with Bill Moyers, George talks about that period of his life and how it led directly to his work today (23 minutes in).

So back to the music question. This is what George had to say: “If there is an afterlife and I could only take one song with me, it would be Out of This World by John Coltrane.  If you haven’t heard it, you really should.” Frankly, I wasn’t surprised to learn that George is a jazz man. Like good jazz, building large scale social movements requires collaboration, syncopation, and  improvisation. Trombonist J. J. Johnson said, “Jazz is restless. It won’t stay put and it never will.” I think the same could be said about George Goehl.

As you read the following interview, I encourage you to listen to Out of This World in the background. It’ll add to the experience. Thanks for opening up about yourself George with this community.

To raise a happy, sharp, and thoughtful daughter.  And then, with my free time, help shift the political and ideological landscape of this country toward the direction of economic and racial justice.

This work has made me 100% certain that each of us has the power to create incredible change, if we are ready to organize, be strategic, and face our fears.

I believe the role of the organizer has long been a sacred one in society.  It is the job of starting where people are at.  Of bringing people together around a shared vision of justice.  And then moving numbers of people to action that is powerful enough to transform reality and the human spirit.  Any person who earns the right to that role in society is the one receiving the gift.

Rev. James Lawson.  His mix of intellectual, strategic, and spiritual vigor is rare. I would ask him how he thinks the practice of non-violence in this moment could transform our politics and our economics.

We are engaging more and more volunteers through our national office.  We need help with things ranging from phone canvassing, graphic design, data entry, building out technological infrastructure, and more.

What risks have you considered taking in the name of creating change, but not yet moved on?   What’s standing between where you are now, and where you want to be as a change-maker?

Bringing the Crisis to Those Who Created It

I became an organizer because I was having some hard times and ended up at a soup kitchen in Southern Indiana.  I eventually became a dishwasher at the kitchen.  Three years later I was still working there.  I was in the kitchen and I looked out at the line of people.  Most of the people that were in line were there when I first came in to eat.  I decided I needed to figure out how to get at root causes of poverty.  Soon thereafter, a number of us started organizing.  Haven’t looked back since.

With the level of economic and political inequality in the United States and across the world it will take bold action to shift things.  For us to create the level of change needed, it will have to get uncomfortable.  We all have to lean into that discomfort, we will have to take risks, we will have to go out into deeper waters, and convince others to come with us.  Because there are a set of people and institutions that are incredibly happy with the way political and economic power have been consolidated in the hands of a few. And if we can count on anything, it’s that they are not going to give it up without a fight.

The answer to this question changes by the day.  Today it would be these lyrics from a song called “Pass it On,” by Millard Lampell: