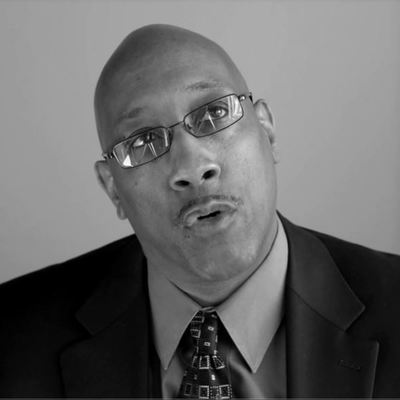 Change the world now; to act with a sense of urgency and immediacy and to take risks that will advance and uplift my community.

Question to all you dads out there who are about to celebrate Father’s Day: When was the first time you felt like a real father? Was it something that happened gradually or did the reality of it hit you in one concentrated moment? For Joe Jones, a former drug addict from inner city Baltimore who was largely absent from his son’s early life, the answer to this question is laden with emotion – both profound regret and infinite promise. It’s a moment that helped alter the pathway of Joe’s life, turning a once “deadbeat” dad into a national crusader for responsible fatherhood and healthy families. Joe speaks about that moment in the following clip, taken during my recent conversation with him for our Talking GOOD series.

Joe will tell you that the odds of escaping an $800-a-day drug addicted lifestyle were slim. Lacking the benefit of a responsible support group and having no concept of the “future,” he channeled his intellect, energy and gumption on “the here and now,” finding the next high, and avoiding the painful reality that he would probably end up in jail or dead. “… That Michael Jordan drive to excellence is something that I always believe I possessed, it was just that I wasn’t utilizing it in a way that was conducive to helping me or my community.”

The motivation to clean up his act was triggered in a court room, when Joe was forced to hear a prosecutor detail Joe’s life to the judge: “… I had never heard anyone speak about ‘Joe Jones’ in that way. And that night, when I went back to my jail cell, and I thought about the way this person described me … I was personally embarrassed and I knew that I could do better.” In that moment of honest introspection, Joe re-channeled his talents and summoned the courage to claw his way back from the brink. In the process, a life of escapism slowly morphed into a life filled with meaning and purpose. [Joe speaks about the moment everything changed for him in the clip below.]

Joe has closed the book on those dark chapters of his life, but the experiences have forever shaped the man — and the father — that he is today. As the Founder, President & CEO of Baltimore City’s highly impactful Center for Urban Families (CFUF), Joe and his team “strengthen urban communities by helping fathers and families achieve stability and economic success.” Joe’s bio reads: “His ability to engage and provide hands-on services to fathers has garnered him a reputation of trailblazer in the field. Mr. Jones is a national leader in workforce development, fatherhood and family services programming, and through his professional and civic involvement [he's an advisor on President Obama’s Task Force on Responsible Fatherhood and Healthy Families] influences policy direction nationwide.”

Who better to feature on Talking GOOD this Father’s Day than Joe Jones? His Center, which runs the Baltimore Responsible Fatherhood Project serving Baltimore’s low-income fathers and communities, will be partnering with the Park Heights Renaissance group to organize fatherhood workshops at a forum in Park Heights on Saturday, June 15.  Tomorrow, Friday, June 14, 2013, a CFUF dad and his children will be attending the President’s Annual Father’s Day Celebration at the White House.

Thank you Joe for sharing of yourself both in writing and for our inaugural on-camera Talking GOOD interview. Let’s dive in to the questions…

I want to extend a very special thank you to Matthew D’Agostino who volunteered his time, talent, and invaluable expertise on the production of the Joe Jones videos. Matthew’s portfolio of work can be found at http://www.matthewdagostino.com

My purpose in life is to change the world now; to act with a sense of urgency and immediacy and to take risks that will advance and uplift my community.

It has helped me develop and unyielding belief that no matter how dire the circumstance, with faith and hard work, no obstacle is insurmountable.

I get the opportunity to do for others what many have done for me. Starting and growing an organization and working with a team of the most committed people I have ever met, all working in concert to create a better Baltimore, is both rewarding and humbling. I never in my wildest imagination believed that God would allow me to live long enough to take what was already inside of me and have it manifest itself in such a way that other individuals have an opportunity to do the same.

Muhammad Ali. How does he embrace his debilitating challenge with Parkinson’s and live his life to the fullest everyday when so many others with less challenging circumstances give up and retreat to isolation?

To be surrounded by a diversified group of intellectual champions willing to challenge and support me to extend my gifts to the next level. For example, social media is a major platform used to reach different audiences to communicate, to inspire and create social change. Having an intellectual champion with social media expertise could help us deepen our impact by developing internal expertise to use this powerful tool in ways in which we don’t currently possess. For most of us in the nonprofit industry, we rely heavily on the contributions of volunteers. At the Center, we are unable to take advantage of our offers of volunteer support because currently we don’t have the capacity to manage a volunteer portfolio. Having a dedicated volunteer to manage our volunteer pipeline would help us extend our reach and depth of services.

What would it take to infuriate us enough to reject mediocrity and embrace excellence?

“My Brother’s Keeper.” In a society where personal gain and self interest are all too often determinates of success, I envision a world where what we do for others is more valuable than any personal gain or accolade. I’ve decided to dedicate the rest of my life to helping others to help themselves. If each of us could embrace this philosophy of being “My Brother’s Keeper”, just imagine how we could positively impact the quality of life in every community, not just the most affluent.

At heart, I am an introvert willing to participate in public discourse for the privilege and honor of serving others.

Don’t wait for the perfect moment to give, it’s already here. It’s not about the amount of your philanthropy, it’s the intent to give of yourself, your time and treasures to others that aren’t always quantifiable in terms of monetary value. Clearly, there are times when financial resources are paramount, however, volunteering to help a child learn to read, helping to paint the rooms of a school building or helping a young father who never had a dad learn what it takes to be a good dad to his own child are priceless gifts. These gestures may pale in comparison to much larger philanthropic deeds, however, the accumulative effect of many small acts of goodwill are equally meaningful and impactful.

Q: Why does any child suffer? A: Because adults don’t care enough.