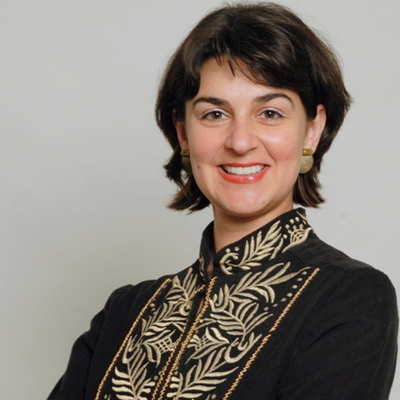 Be a voice for the voiceless, and inspire women to believe in their endless creative potential.

FACT: A profound, life-changing experience can act as a spark to ignite a person’s sense of purpose and commitment to a calling. FACT: A spark is useless without the presence of a combustible fuel. ERGO: A life-changing event (the spark) will not necessarily ignite a person’s sense of purpose unless that person already possessed an underlying desire to make a difference (either knowingly or not). In other words, one’s need to make a difference is like a combustible fuel.

Case in point is this week’s Talking GOOD feature, Marga Fripp. In 2001, Marga had a life-changing experience when she had to leave behind her native Romania to bring her seriously ill newborn baby to the United States for treatment. Neither speaking the language nor driving a car, Marga struggled to find her own way in the U.S. while caring for her baby and an eight year old daughter, and managing with a husband whose work frequently took him out of the country.

That alone would have been more than most people could handle, but Marga felt she needed to also help other women who were in similar circumstances. So in 2002, Marga founded Empowered Women International (EWI) to give a voice to the DC Metro Area’s immigrant and refugee women enabling them to pursue their dreams of entrepreneurship and of becoming a part of their new community.

So if coming to the U.S. and struggling as an immigrant was the spark that led to Marga forming EWI, then what was the combustible fuel? Not surprisingly, Marga was a passionate advocate for women long before arriving in the United States. As a journalist in Romania, Marga produced programs that focused on women’s equality, human rights and integration solutions for orphans and street children during the difficult first years of Romania’s transition from Communism. She was banned from broadcasting in 1996 due to her critical portrayal of social policy of the post-Communist Iliescu government. In 1998, she founded a Romanian nonprofit to counteract domestic violence and sexual assault and promoted legislation to protect women from domestic abuse, which led to a Domestic Violence Bill signed into law by the Romanian Parliament in May 2003.

For a more thorough background on Marga, I encourage you to read her full bio on the EWI website. Now, before I hand the microphone over to Marga, I’ll leave you with one of her favorite inspirational sayings (courtesy of Plato): “Be kind as everyone you meet is fighting a difficult battle.” Thank you Marga for answering our questions!

Be a voice for the voiceless, and inspire women to believe in their endless creative potential.

Social justice, creativity and entrepreneurship have been guiding forces in my life ever since I was a young girl. Empowered Women International enabled me to see that no matter whether we live in a developed or a developing country, women must continue to stand up for their rights, to use their creative power to re-invent themselves, and to pursue their wildest dreams.

Amazing sense of possibility, respect for others and endless compassion.

Krista Tippett (Author and Radio Host/Producer of “On Being”): Will we ever be able as humanity to see one another more similar than different? What will it take for that to happen?

A great writer who could pitch Empowered Women’s story to Oprah’s Magazine.

Do you see a need for women’s empowerment in your community? Share a link of a community where entrepreneurship can change the lives of women and their families. Empowered Women International can help.

Making Change: The story of an immigrant woman who gave voice to millions

I love puppet theater and never get tired of clapping my hands like a child during the show.

Adopt a cause that speaks to you; seek to understand the problem and how your investment is changing lives. It is not about the size of your gift, it is about your commitment to be part of the solution.

What inspired you to get involved in social change? I was 20 years old when I was hired by a Romanian television station to report news and produce talk-shows on social issues: women’s rights, street children, orphans and the disenfranchised. I learned quickly that being a news-maker was powerful, but being a changemaker was my life’s mission. Over the past decade I’ve been dedicated to empower women and create opportunity, so they can lift themselves and their families out of poverty and become agents of change.